The Origins of the Anglo-Saxons: Decoding the Ancestry of the English (Paperback) 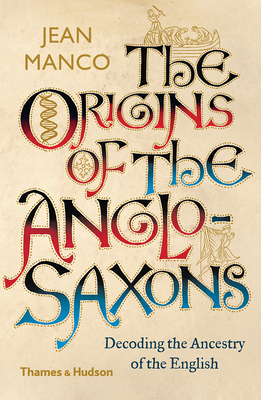 This groundbreaking history of the Anglo-Saxons draws on new genetic data to overturn prior assumptions about their ancestry, now in compact paperback.

Now available as an attractive, compact paperback, The Origins of the Anglo-Saxons combines results from cutting-edge DNA technology with new research from archaeology and linguistics, revealing the adventurous journey undertaken by Anglo-Saxons long before a word of English was spoken.

Starting with the deeper origins of the Germani and how they fit into the greater family of Indo-European speakers and ending with the language of Shakespeare, taken to the first British colony in America—with thoughts about how English became the lingua franca of the world—this chronicle takes a wider scope than previous histories.

Historian Jean Manco makes the latest genetic data—typically only available in scholarly research—engaging and accessible to the general reader and reveals data that have overturned the suppositions of population continuity that until recently were popular among geneticists and archaeologists. The result is an exciting new history of the English people and an entertaining analysis of their development. Featuring illustrations and charts to explain the recent research, this is a must-have for anyone who is interested in the history of English ancestry and language.

Jean Manco was a building historian who trained within an archaeological unit and applied an interdisciplinary approach to her work. Her other books include Ancestral Journeys and The Origins of the Anglo-Saxons.