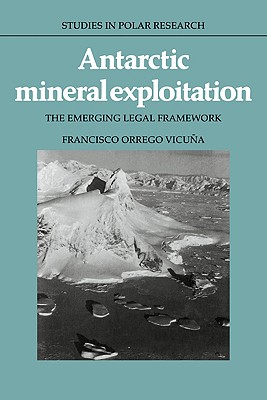 The system of international co-operation in the Antarctic has been evolving rapidly since the signing of the Antarctic Treaty in 1959. Inextricably linked to this co-operation is the question of the rational management of Antarctic resources. In this book Professor Orrego Vicuna examines in depth the legal framework - the Antarctic Treaty, sovereignty, jurisdiction and the law of the sea - as it relates to the exploitation of Antarctic minerals. This is fast becoming a live issue with the ever-growing potential for the development of these resources. The first part of the book examines the main characteristics of the international legal framework governing the co-operation of states in Antarctica, particularly in relation to resource conservation. Against this background, in the second part of the book, the regime for mineral resources is discussed in sufficient detail to identify the basic issues and interests which have to be accommodated in order to attain an acceptable convention. The final part of the book considers the important set of questions raised by the interest of the world community at large in the Antarctic: most significantly, the initiatives concerning a broader international participation under the auspices of the United Nations.