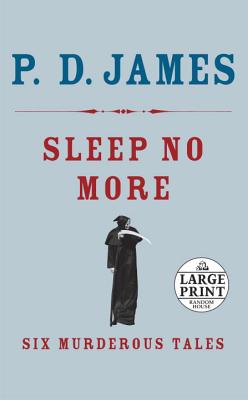 No one gets inside the head of the murderer—or makes it a more thrilling read—than the late, great P. D. James. Fast on the heels of her latest best seller: a new, fiendishly entertaining gathering of previously uncollected stories, from the author of Death Comes to Pemberley and The Private Patient.

It's not always a question of "whodunit?" Sometimes there's more mystery in the why or how. And although we usually know the unhealthy fates of both victim and perpetrator, what of those clever few who plan and carry out the perfect crime? The ones who aren't brought down even though they're found out? And what about those who do the finding out who witness a murder or who identify the murderer but keep the information to themselves? These are some of the mysteries that we follow through those six stories as we are drawn into the thinking, the memories, the emotional machinations, the rationalizations, the dreams and desires behind murderous cause and effect.

P. D. JAMES was the author of twenty-one books, many of which feature her detective hero Adam Dalgliesh and have been televised or filmed. She was the recipient of many honors, including the Mystery Writers of America Grand Master Award and the National Arts Club Medal of Honor for Literature. In 1991 she was created Baroness James of Holland Park. She died in 2014 at the age of ninety-four.

Praise for Sleep No More

“A sophisticated collection of ‘six murderous tales,’ all stylishly told and worthy of being read aloud by the fire.”
—Marilyn Stasio, The New York Times Book Review

“Sleep No More offers six previously uncollected, quite wonderful ‘murderous tales’ that will delight her longtime fans and can be a fine introduction to her work for others. . . . The stories collected here are variously surprising, sardonic and darkly humorous, and they are always intelligent and beautifully written. As much as any crime writer I know, James transcends genre and should be viewed simply as a writer of exceptional literary skill. . . . Most [short stories] are forgettable, but some become favorites to be returned to, such as J.D. Salinger’s ‘For Esmé—With Love and Squalor’ and Flannery O’Connor’s ‘A Good Man is Hard to Find.’ One or two of the stories in Sleep No More are candidates for that list.”
—Patrick Anderson, The Washington Post

“Sleep No More . . . is anything but a snooze. . . . The collection mostly turns the classic murder mystery on its ear by not being so much a ‘whodunit’ as a when, where and how’d they get away with it? . . . James’s skill at complicating the genre are never more apparent than here, where every victim is not always worthy of our sympathy and not every murderer deserves our scorn. . . . An unexpected delight . . . this small collection is indeed a gift.”
—Mary Cadden, USA Today

“Nothing quite matches the pleasure of the traditionally cozy English mystery on a winter evening.”
—San Francisco Chronicle

“[P.D. James’s] nostalgic style harks back to the golden age of the 1920s and 1930s, of Agatha Christie and Margery Allingham; James called on similar motifs from that era, but developed them further with psychological insight and a gleeful darkness.”
—Fred Melnyczuk, Financial Times

“These stories . . . are, at least on the surface, of the ‘cosy’ school of crime fiction, though as any seasoned James reader will anticipate, that cosines is something of an angora mitten on a clenched fist. . . . A worthy addition to their much-missed author’s bodies of work. It is difficult to imagine a more pleasing afternoon than one beside a fire or radiator, with a pot of tea to hand and autumn rain against the window, while settling in for a series of delightful shocks.”
—Sarah Perry, The Guardian