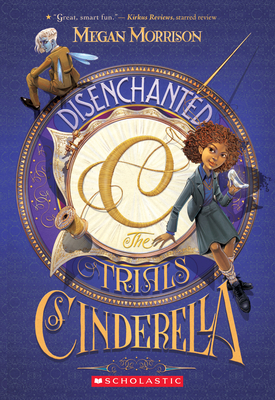 By Megan Morrison
$8.99
On Our Shelves Now

This is book number 2 in the Tyme series.

This companion to Grounded combines humor, revolution, magic, and romance for the most delightful "Cinderella" retelling since Ella Enchanted.
Ella Coach has one wish: revolution. Her mother died working in a sweatshop, and Ella wants every laborer in the Blue Kingdom to receive fairer treatment. But to make that happen, she'll need some high-level support...

Prince Dash Charming has one wish: evolution. The Charming Curse forced generations of Charming men to lie, cheat, and break hearts -- but with the witch Envearia's death, the curse has ended. Now Dash wants to be a better person, but he doesn't know where to start...

Serge can grant any wish -- and has: As an executive fairy godfather, he's catered to the wildest whims of spoiled teenagers from the richest, most entitled families in Blue. But now a new name has come up on his list, someone nobody's ever heard of... Ella Coach.

This is a story about three people who want something better and who together find the faith to change their worlds. It's "Cinderella," brilliantly reimagined, and a delightful expansion of the wonderful world of Tyme.

Megan Morrison is a middle-school drama teacher and a writer. She cofounded the Harry Potter fanfiction site the Sugar Quill, and has been developing the world of Tyme since 2003. She lives near Seattle, Washington, with her family. Please visit her website at www.meganmorrison.net and her blog at makingtyme.blogspot.com, and follow her on Twitter at @megtyme.