In Sunlight and in Shadow (Hardcover) 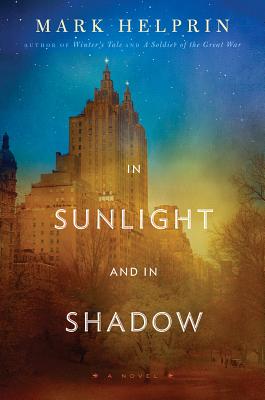 By Mark Helprin
This item is not available.
Out of Print

“This magnificent, sweeping story, set in post-WWII Manhattan, took my breath away. I was torn between racing along the swift river of the narrative and needing to pause to drink in luminous sentences and searing paragraphs. The author feeds the soul of the reader as he describes the depths of mind, heart, and spirit of characters whose lives have been shaped by the war, the culture, and the city. A deeply romantic and supremely intelligent novel.”
— Karen Frank, Northshire Bookstore, Manchester Center, VT

Can love and honor conquer all?

Mark Helprin’s enchanting and sweeping novel springs from this deceptively simple question, and from the sight of a beautiful young woman, dressed in white, on the Staten Island Ferry, at the beginning of summer, 1946.

Postwar New York glows with energy. Harry Copeland, an elite paratrooper who fought behind enemy lines in Europe, has returned home to run the family business. Yet his life is upended by a single encounter with the young singer and heiress Catherine Thomas Hale, as they each fall for the other in an instant.

Harry and Catherine pursue one another in a romance played out in Broadway theaters, Long Island mansions, the offices of financiers, and the haunts of gangsters. Catherine’s choice of Harry over her longtime fiancé endangers Harry’s livelihood and eventually threatens his life. In the end, it is Harry’s extraordinary wartime experience that gives him the character and means to fight for Catherine, and risk everything.

Not since Winter’s Tale has Mark Helprin written such a magically inspiring saga. Entrancing in its lyricism, In Sunlight and in Shadow so powerfully draws you into New York at the dawn of the modern age that, as in a vivid dream, you will not want to leave.

MARK HELPRIN is the acclaimed author of Winter's Tale, A Soldier of the Great War, Freddy and Fredericka, The Pacific, Ellis Island, Memoir from Antproof Case, and numerous other works. His novels are read around the world, translated into over twenty languages.

"In its storytelling heft, its moral rectitude, the solemn magnificence of its writing and the splendor of its hymns to New York City, the new novel is a spiritual pendant to "Winter's Tale," and every bit as extraordinary...Even the most stubbornly resistant readers will soon be disarmed by the nobility of the novel's sentiments and seduced by the pure music of its prose...The harmonization of the dual climaxes results in passages so gorgeous and stirring that I was moved to read them out loud. That is fitting, because the writing throughout "In Sunlight and in Shadow" sounds as though it were scored to some great choral symphony. Harry himself says it best: "My view is that literature should move beyond opinion, where music already is, and old age, if we're lucky, may lead." -- Sam Sacks, The Wall Street Journal