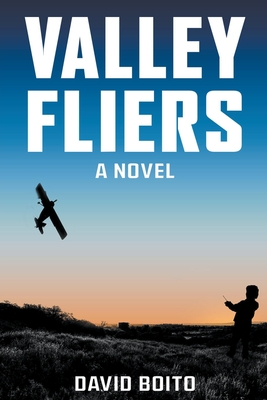 Jay Smalley, seventeen, loves remote control aviation. He spends most of his time flying model planes at a San Fernando Valley miniature airfield near his home. When a newcomer arrives at the field practicing risky maneuvers with a military-grade drone, Jay suspects there is more to this stranger than meets the eye. But Jay has always been a little paranoid and too prone to conspiracy theories for his own good.

As Jay rallies his fellow Valley Fliers to help unpack what he believes the drone pilot is hiding he sabotages his budding romance with co-pilot Cassie and alienates Kent, the father figure who manages their tiny airfield like it's Edwards Air Force Base. He even puts his scholarship to flight school at risk. Is Jay deluded or the only one who can see a clear and present danger posed by the cocky new flight suit on the tarmac?