The Hidden Star of Yehudah (Paperback) 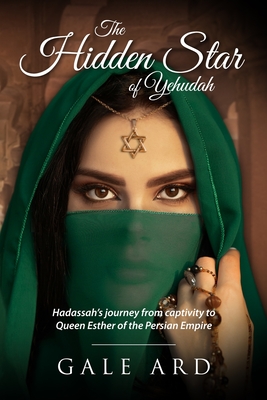 How does a virtuous young woman who is one of God's own chosen people deal with an undesirable future determined by the plans of a tyrant?

Hadassah knows glorious promises that fill the scriptures. She knows the history of God's deliverance and power to those who are His. But now she is abducted and trafficked into a pagan society. Her future looms as shattered dreams. Where is the God of Israel?

This new historical novel based on the Bible's book of Esther explores her battle with faith when reality seems to contradict scriptural promises when the most evil of circumstances are forced upon an innocent, young woman. Her cousin Mordecai's love for scripture and his faithfulness to Hashem (God) was instilled into his young adopted cousin's heart and spirit. In her foreign and stressful captivity in the Persian palace of King Ahasuerus, that same love, faith, and trust in Elohe Yisrael, the God of Israel, encouraged and delivered her and her people.

The Hidden Star of Yehudah is not written to be a romance novel, but rather as the retelling of the trial of faith in the lives of the Jewish captives in the Persian Empire. This novel will inspire believers in God to trust Him when faced with the plot of the enemy to belittle faith, shatter hope, destroy lives and the wonderful future promised by God to His own. Suitable for teens and adults, the content is laced with humor, lovable and strong characters and some that are of the most vile intent. A wonderful book as a springboard for study groups on Esther's book in the Bible.