The Netherlands: Land Of My Dreams (Paperback) 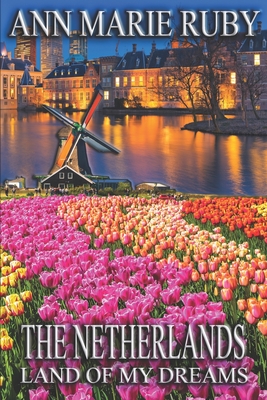 "The Netherlands: Land Of My Dreams" is the eleventh book by globally recognized author and blogger, Ann Marie Ruby. Ann Marie Ruby has been named as one of the top leaders in the spiritual space resulting in collaborations with numerous public figures, films, and brands. Her books have been hailed by readers as "the best spiritual books ever." Ann Marie Ruby has now brought to paper, the land of her dreams. Her writing style is famously known for making readers and critics feel as though they have made a close friend. Come and walk with this friend through the land of tulips, windmills, canals, and Oranje, in "The Netherlands: Land Of My Dreams." In this book: -Learn the history of the Netherlands covering from the time of William the Silent, Eighty Years' War, Dutch Royal Family, and Dutch Prime Ministers. -Discover how the Dutch conquered water, reclaimed their land, and are protecting themselves from flooding despite being a low-lying country. -Read fun facts about the Netherlands, travel requirements, Dutch culture, Dutch transportation system, must eat Dutch cuisine, and statistics. -Become a traveler and travel through all 12 provinces of the Netherlands as you turn through these pages. Find lists of the must see tourist attractions in each province. Find out why Ann Marie Ruby loves the Netherlands, for throughout this book she has also included ten original poems on a country she calls the land of her dreams.