The Catholic Catechism on Freemasonry: A Theological and Historical Treatment on the Catholic Church's Prohibition Against Freemasonry and its Appenda (Hardcover) 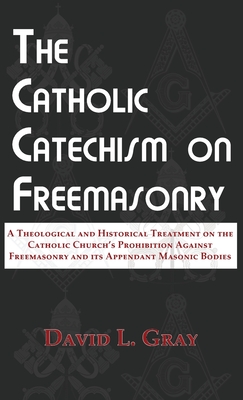 This book departs from the traditional apologetic approach to explain the Catholic Church's prohibition against Freemasonry to better examine it in a thorough, comprehensive, theological, and historical context. This book is well researched and referenced, and written only how a person with an extensive and high-level experience with Freemasonry and an academic background in history and Catholic theology could have written it.

In addition to this rare look behind the theological and political arguments that the Catholic Church has made against Freemasonry and its appendant Masonic Bodies since Pope Clement's Papal Bull In Eminenti in 1738, this catechism also answers such questions as: