Anna and the Swallow Man (Prebound) 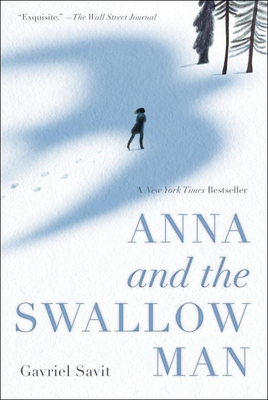 By Gavriel Savit
This item is not available.
Out of Print

A] splendid debut novel. . . . This is masterly storytelling. The New York Times

Set in Poland during the Second World War, Anna and the Swallow Man is a stunning, literary, and wholly original New York Times bestseller perfect for readers of The Book Thief.
Krakow, 1939. A million marching soldiers and a thousand barking dogs. This is no place to grow up. Anna ania is just seven years old when the Germans take her father, a linguistics professor, during their purge of intellectuals in Poland. She's alone.
And then Anna meets the Swallow Man. He is a mystery, strange and tall, a skilled deceiver with more than a little magic up his sleeve. And when the soldiers in the streets look at him, they see what he wants them to see.
The Swallow Man is not Anna's father she knows that very well but she also knows that, like her father, he's in danger of being taken, and like her father, he has a gift for languages: Polish, Russian, German, Yiddish, even Bird. When he summons a bright, beautiful swallow down to his hand to stop her from crying, Anna is entranced. She follows him into the wilderness.
Over the course of their travels together, Anna and the Swallow Man will dodge bombs, tame soldiers, and even, despite their better judgment, make a friend. But in a world gone mad, everything can prove dangerous. Even the Swallow Man.
Exquisite. The Wall Street Journal
A graceful story steeped in history, magic, myth, and archetype. The Horn Book Magazine, Starred
This deeply moving debut novel casts naivete against the cruel backdrop of inhumanity. Publishers Weekly, Starred
A] quiet exploration of love and its limits. The Bulletin, Starred.

Gavriel Savit holds a BFA in musical theater from the University of Michigan in Ann Arbor, where he grew up. As an actor and singer, Gavriel has performed on three continents, from New York to Brussels to Tokyo. He lives in Brooklyn. This is his first novel. Learn more about Gavriel on the Web at GavrielSavit.com.