When Rocks Cry Out (Paperback) 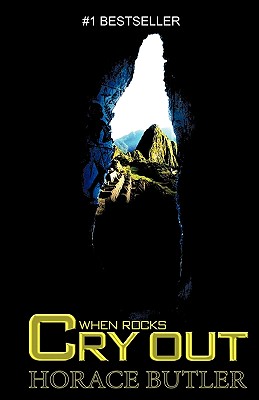 By Horace Butler
This item is not available.

The #1 Dallas Morning News regional nonfiction bestseller now throws open its earth shattering secrets for the entire world to see Gripping from its opening page, WHEN ROCKS CRY OUT pulls you into a real-life deadly chase that uncovers the 'Forbidden Histories' of a 16th century friar who followed Columbus into the Americas. Uncovered ancient maps and writings show the real ruins of four of the Seven Ancient Wonders of the World that were thought to have vanished from the earth. The secrets hidden within those Wonders explode the very foundations of what we thought we knew about the world and where we had come from. Listed by the Dallas Community Colleges as a "must read," WHEN ROCKS CRY OUT ties together riddles from the Old Testament with ruins of abandoned cities that are thousands of years old...and thousands of miles away from where we thought those cities would be. Often reading like a page-turning novel, this could be one of the most important books written in the last 500 years. From the discovery of Egypt's lost ancient capital, Memphis, to a stunning hidden burial city built by the Pharaohs, to the secret ruins of King David's famed city, this book moves past recent promises about 'codes' and brings you to the real-life secret that was the explosive reason for the creation of the codes. Da Vinci's Code? Solomon's Key? Those clever puzzles can't reach the significance of the mysteries unraveled in this book. And the things in this book are real WHEN ROCKS CRY OUT...it is a book for those who have reached a point in their life when they just want to know the truth. Finally, we can trace where our 'blood' has been and what our 'blood' has done.