Night Terrors: The True Story of the Kingsgrove Slasher (Paperback) 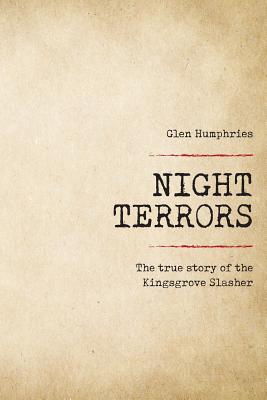 "Could you estimate the number of houses and backyards you have unlawfully entered?"
"No, it would be terribly hard to say."
"Would it be hundreds or would it be thousands?"
"Many, many hundreds. Perhaps thousands."

Between 1956 and 1959, suburban Sydney was terrorised by a phantom known as the Kingsgrove Slasher. A peeping Tom, he graduated to breaking into houses to watch people sleep before later slashing women and girls with a razor while they lay in their beds.

He punched a 21-year-old woman into unconsciousness, breaking her teeth and cutting her mouth, hit a teenage girl in the face with a piece of wood and slashed a deep wound across the stomach of a 64-year-old woman. The Slasher also groped teens in their beds, and one of his 18 victims was just seven years old.

Night Terrors is the first detailed account of the Kingsgrove Slasher case. It draws on hundreds of newspaper articles written at the time - which show the level of fear in the community - as well as the transcripts from the court hearings, which had been sealed since 1959. The result is a true-crime book that might make it hard for you to go to sleep at night.