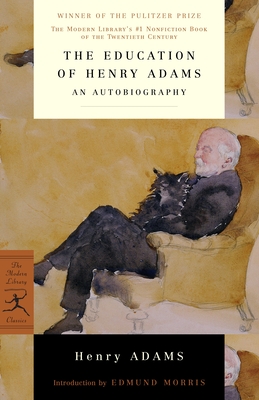 'I cannot remember when I was not fascinated by Henry Adams,' said Gore Vidal. 'He was remarkably prescient about the coming horrors.'

His political ideals shaped by two presidential ancestors—great-grandfather John Adams and grandfather John Quincy Adams—Henry Adams was one of the most powerful and original minds to confront the American scene from the Civil War to the First World War.

Printed privately in 1907 and published to wide acclaim shortly after the author&'s death in 1918, The Education of Henry Adams is a brilliant, idiosyncratic blend of autobiography and history that charts the great transformation in American life during the so-called Gilded Age.

With an introduction by renowned historian Edmund Morris.

Born in 1838 into the family of John Adams and John Quincy Adams, Henry Adams had the opportunity to pursue a wide-ranging variety of intellectual interests during the course of his life. Functioning both in the world of practical men and affairs (as a journalist and an assistant to his father, Charles Francis Adams), and in the world of ideas (as a prolific writer, the editor of the prestigious North American Review, and a professor of medieval, European, and American history at Harvard), Adams was one of the few men of his era who attempted to understand art, thought, culture, and history as one complex force field of interacting energies.

Edmund Morris was born and educated in Kenya and went to college in South Africa. He worked as an advertising copywriter in London before immigrating to the United States in 1968. His first book, The Rise of Theodore Roosevelt, won the Pulitzer Prize and the National Book Award in 1980. Its sequel, Theodore Rex, won the Los Angeles Times Award for Biography in 2002. In between these two books, Morris became President Reagan’s authorized biographer, and published the national bestseller Dutch: A Memoir of Ronald Reagan. More recently he has written Beethoven: The Universal Composer and completed his Theodore Roosevelt trilogy with Colonel Roosevelt. Edmund Morris lives in New York City and Kent, Connecticut, with his wife and fellow biographer, Sylvia Jukes Morris.