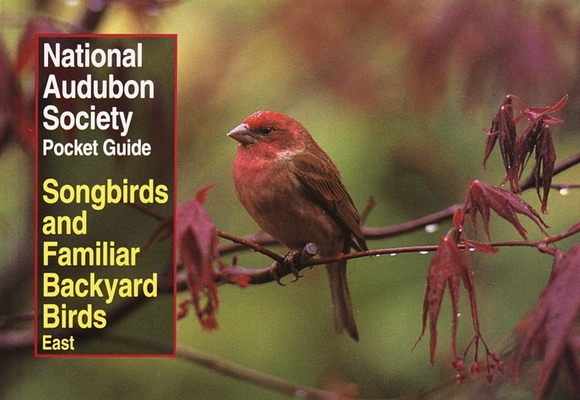 A portable, comprehensive field guide--brimming with concise descriptions and stunning color photographs, and designed to fit into your back pocket--from the go-to reference source for over 18 million nature lovers.

This handy guide covers 80 of the most common and frequently encountered birds in backyards and suburban areas of eastern North America. The majority of species are songbirds, but here also are other backyard birds such as doves and woodpeckers. The region covered by the book extends roughly from the Atlantic Ocean west to the foothills of the Rocky Mountains, north of Mexico. This traditional dividing line between eastern and western North America follows the 100th meridian, and marks a significant difference in habitats and species. The companion volume to western birds covers species west of this boundary.

WAYNE R. PETERSEN is the Director of the Massachusetts Important Bird Areas (IBA) program at Mass Audubon. He had led many birding tours across North America and abroad. In 2005, Petersen received the American Birding Association’s Ludlow Griscom Award for outstanding contributions in regional ornithology.