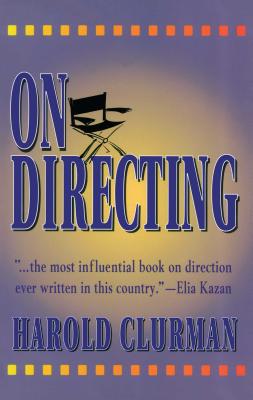 “A straightforward, tasteful, and articulate account of what it is to bring a play to palpitating life upon a stage” (The New York Times Book Review).

In this classic guide to directing, we are taken logically from the choice of the play right through ever aspect of its production to performances and beyond. Harold Clurman, director of such memorable productions as A Member of the Wedding and Uncle Vanya, describes the pleasures and perils of working with such celebrated playwrights and actors as Marlon Brando, Arthur Miller, Julie Harris, and Lillian Hellman. He also presents his own directing notes for ten of his best-known productions.

Harold Edgar Clurman was a theatre director and drama critic. In 2003, he was named one of the most influential in the United States by the PBS. He was most notable as one of the three founders of New York City's Group Theatre.