The Color of Success: Asian Americans and the Origins of the Model Minority (Politics and Society in Modern America #100) (Paperback) 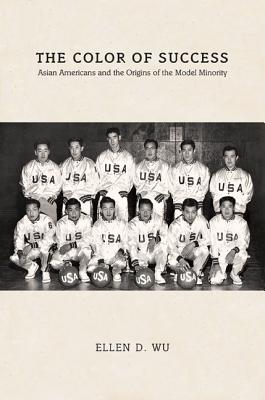 The Color of Success tells of the astonishing transformation of Asians in the United States from the yellow peril to model minorities--peoples distinct from the white majority but lauded as well-assimilated, upwardly mobile, and exemplars of traditional family values--in the middle decades of the twentieth century. As Ellen Wu shows, liberals argued for the acceptance of these immigrant communities into the national fold, charging that the failure of America to live in accordance with its democratic ideals endangered the country's aspirations to world leadership.

Weaving together myriad perspectives, Wu provides an unprecedented view of racial reform and the contradictions of national belonging in the civil rights era. She highlights the contests for power and authority within Japanese and Chinese America alongside the designs of those external to these populations, including government officials, social scientists, journalists, and others. And she demonstrates that the invention of the model minority took place in multiple arenas, such as battles over zoot suiters leaving wartime internment camps, the juvenile delinquency panic of the 1950s, Hawaii statehood, and the African American freedom movement. Together, these illuminate the impact of foreign relations on the domestic racial order and how the nation accepted Asians as legitimate citizens while continuing to perceive them as indelible outsiders. By charting the emergence of the model minority stereotype, The Color of Success reveals that this far-reaching, politically charged process continues to have profound implications for how Americans understand race, opportunity, and nationhood.