They Can Live in the Desert But Nowhere Else: A History of the Armenian Genocide (Human Rights and Crimes Against Humanity #23) (Paperback) 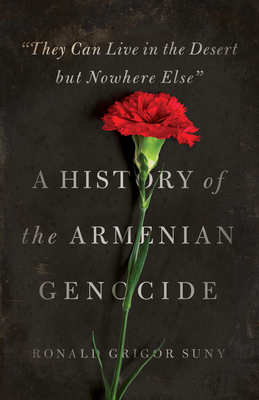 Starting in early 1915, the Ottoman Turks began deporting and killing hundreds of thousands of Armenians in the first major genocide of the twentieth century. By the end of the First World War, the number of Armenians in what would become Turkey had been reduced by 90 percent-more than a million people. A century later, the Armenian Genocide remains controversial but relatively unknown, overshadowed by later slaughters and the chasm separating Turkish and Armenian interpretations of events. In this definitive narrative history, Ronald Suny cuts through nationalist myths, propaganda, and denial to provide an unmatched account of when, how, and why the atrocities of 1915-16 were committed. Drawing on archival documents and eyewitness accounts, this is an unforgettable chronicle of a cataclysm that set a tragic pattern for a century of genocide and crimes against humanity.

Ronald Grigor Suny is the William H. Sewell Jr. Distinguished University Professor of History at the University of Michigan and Senior Researcher at the National Research University-Higher School of Economics in St. Petersburg.