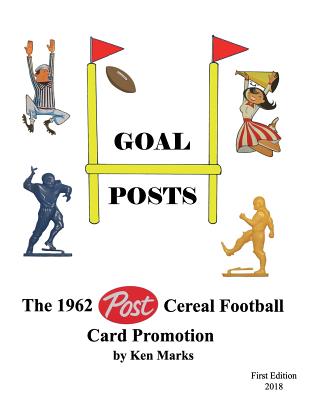 By Ken Marks
This item is not available.
Not Available

Fred K. Smart, Group Product Manager for Post Cereals, received a correspondence from a gentleman suggesting that Post consider the use of football cards on cereals. Though the idea was not immediately implemented, the concept triggered an idea which eventually led to the 1961 Baseball Card Promotion; based on the success of that promotion, the idea to print football cards on the cereals was revisited and the 1962 Post Cereal Football Card Promotion was born. This book is the first of its kind, not only explaining the entire General Foods promotion, but is a handbook for the avid Post football collector describing the cards, panels, Master Set Distribution and Descriptions (which cards were on which cereals), set anomalies, and promotion strategies. It's a book you'll not want to put down ...