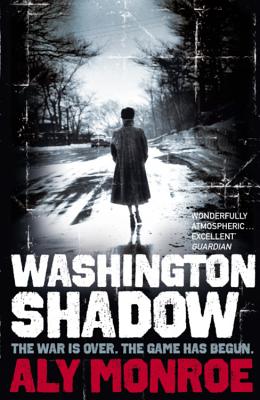 By Aly Monroe
This item is not available.
Not Available

Set in 1945, one year after" The Maze of Cadiz," the second Peter Cotton book finds the agent insegregated D.C.It is September 1945. Bankrupt and desperate, Britain sends John Maynard Keynes to boom town Washington, D.C.to beg for a loan. Under cover of the backup team, agent Peter Cotton is sent to investigate the break-up of America's wartime intelligence agency. Cotton finds himself caught up in a world of shadows involving an extraordinarily attractive girl from the U.S. State Department; a Soviet ex-tank commander claiming to be his opposite number; a contrarian African academic; an ambitious, quick-tempered boss from the world of misinformation; and an Anglo-American conspiracy that will change the world of postwar intelligence for ever.

Aly Monroe is the author of "The Maze of Cadiz," which was thefirstPeter Cottonnovel, a series that begins during World War IIand follows the process of decolonization and the aftermath of Empire."

"The deliberate anticlimax is a bold and broadly justified gesture of confidence in the power of her sense of time, place and character to charm the reader into a story told entirely on her own terms."  Telegraph