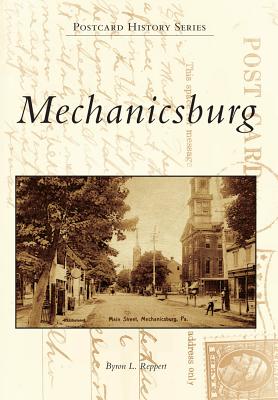 Mechanicsburg, nestled in Cumberland County midway between Harrisburg, the state capital, and Carlisle, the county seat, was once known as Drytown, Pinchgut, and Stauffertown. Incorporated in 1828 and named for a settlement of mechanics that repaired Conestoga wagons, Mechanicsburg was raided by the Confederates and held for three days during the Civil War. Both the Cumberland Valley Railroad and the development of the inland Naval Support Activity Base influenced the rapid growth of this borough. Since 1924, Mechanicsburg has played host to Jubilee Day, Pennsylvania's largest one-day street fair.