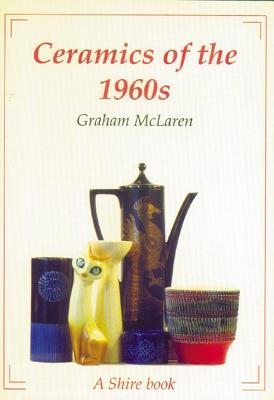 The 1960s were intense and dynamic years of change for the visual arts in Britain. Ceramic design felt the full force of a revolution seen first in youth culture and fashion design. The British pottery industry moved away from a dependence upon foreign styles and developed instead the 'British Modern' style. By the end of the 1960s Britain was regarded as a world leader in design. This book examines how ceramic designers and manufacturers responded to challenges ranging from 'The Look' identified by the fashion designer Mary Quant to the Psychedelia of the late 1960s.
About the author
Dr Graham McLaren teaches the history of ceramics at Staffordshire University, Stoke-on-Trent. He has written for publications as varied as Crafts Magazine, The Burlington Magazine and The Times.
Other titles for Shire by this author are:
Ceramics of the 1950s
Studio Glass
Toby and Other Character Jugs.