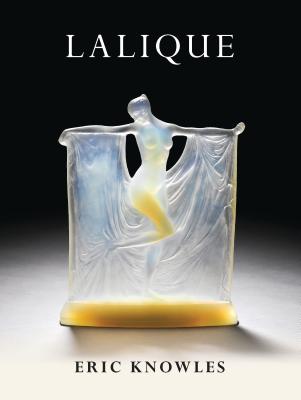 Rene Lalique was one of the giants of twentieth-century decorative arts. Born in 1860, early artistic talent led to an apprenticeship with Paris goldsmith Louis Aucoc. By 1885, Rene had established his own workshop and for the next twenty years he designed and made jewelry of great originality and beauty. He became famous across the world for his jewelry, but before the turn of the century he began experimenting with glass. It is for his glass that Lalique is most famous today.

In 1907, Lalique met the perfume manufacturer Francois Coty, and this led to the design and production of fine art perfume bottles on a grand scale. But Lalique's glass would not be confined to ladies' dressing tables, his repertoire including vases, lighting, clocks, car mascots, several architectural commissions and more, much of it in the Art Deco idiom, of which Lalique was one of the masters. Rene Lalique died in 1945, but the firm he founded was continued by his son Marc, and then his daughter Marie-Claude who heads the firm today.

This highly illustrated history of Lalique celebrates the extraordinary jewelry and glass of Rene Lalique, and the glass of the Lalique company up to the present day.

Eric Knowles began work at Bonhams, the London auctioneers, in 1976 and became head of the ceramics department in 1981. He became a director of Bonhams in 1985. Eric became a well-known TV personality in the 1990s, as a regular expert on the Antiques Roadshow, and presenter or several programs, including 'Going for a Song'. He retains his high profile on TV and is also a regular contributor to 'BBC Homes and Antiques', and 'Collect It!' magazines, and he is antiques expert for the Sunday Times. He is the author of several books on antiques and the decorative arts.