Turkey and the European Union: The Politics of Belonging (Paperback) 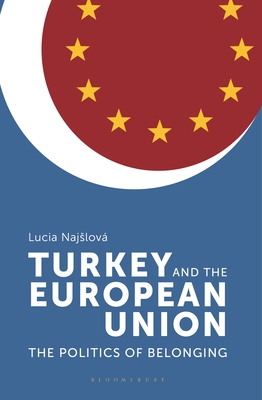 By Lucia Najslová
This item is not available.

Turkey's EU accession talks, which began in 2005, were intended to strengthen Turkey's democracy and the EU's ability to embrace difference. Instead, we have seen repeated questioning of Turkey's 'Europeanness' and mutual exploitation of the other's weaknesses. Offering a unique analysis of conversations in and about Turkey and the EU, Lucia Najslov adopts an interdisciplinary ethnographic lens, taking the reader through misunderstandings in the diplomatic framework and into everyday interactions between various protagonists of the relationship.

Questions of belonging and recognition underpin the analysis and connect various research sites, including the 2016 refugee deal and the status of Turkish Cypriots. Najslov delves into the temporal dimensions of this dynamic, such as questions surrounding Turkish modernity and nation-building, and asks whether there is such a thing as good timing for democracy and what would happen if the diplomatic framework of Turkey-EU relations started moving faster.