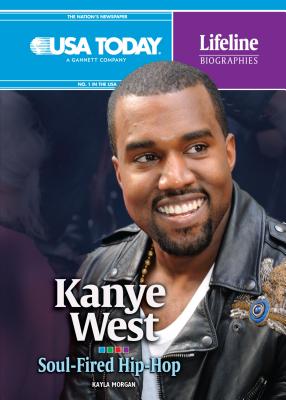 By Kekla Magoon
This item is not available.
Out of Print

Since releasing his first album, The College Dropout, in 2004, Kanye has taken the hip-hop world by storm. He raps, he sings, and he dances, dazzling audiences with his unique musical style. People cheer when he takes the stage, but his socially conscious lyrics also make listeners think about what the words mean.

Kanye has caused controversy by speaking his mind on television and at award shows. But there's no controversy when it comes to his talent. In the music industry, he is known as a quadruple threat because he works in four different roles: producer, rapper, beat-maker, and record label executive. Tall, handsome, and always stylishly dressed, he is also a musical innovator, fashion icon, and all-around hip hop rock star. Learn how this award-winning entertainer created his own musical empire.