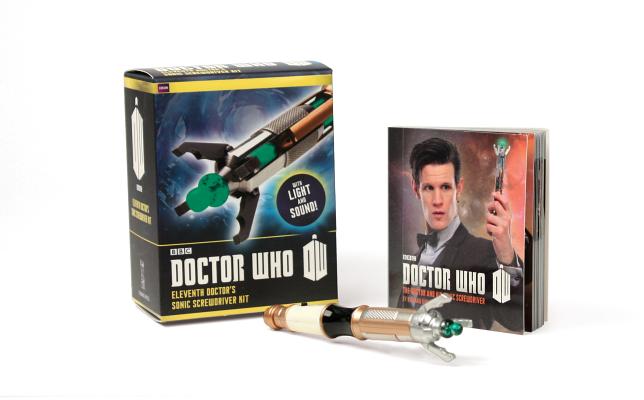 By Running Press (Editor)
This item is not available.
Out of Print

The Doctor can always rely on his handy Sonic Screwdriver for a variety of uses. This commemorative kit includes a replica of the eleventh Doctor's Sonic Screwdriver in its extended position—complete with light and sound—plus a 32-page book on Doctor Who and history on the Sonic Screwdriver, with full-color photos.

About the Brand
Doctor Who, the BBC's landmark science fiction television show, launched in 1963. Since then the series has become a global phenomenon among millions of fans. New doctors have kept the show going. The transition from one actor to another is written into the plot of the show as a “regeneration” whereby the Doctor takes on a new body but all along representing the same character. Officially named the “most successful” and “longest running sci-fi series ever” by The Guinness Book of World Records, Doctor Who celebrates its fiftieth anniversary in 2013.