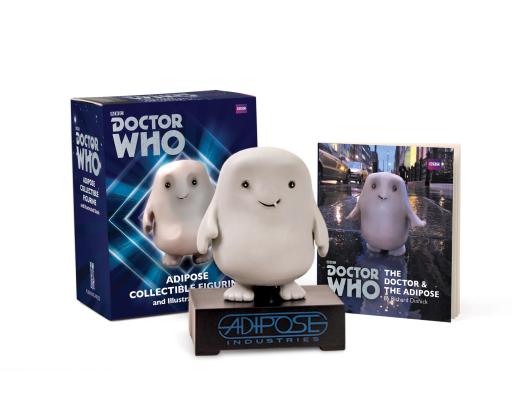 By Richard Dinnick
This item is not available.
Out of Print

The kit features a miniature Adipose figure with sound feature, mounted on an Adipose Industries base. Also included is a 48-page book on Doctor Who and the Adipose, featuring full-color series photography throughout. Batteries are replaceable

Doctor Who, the BBC's landmark science fiction television show, launched in 1963. Since then the series has become a global phenomenon among millions of fans. New doctors have kept the show going. The transition from one actor to another is written into the plot of the show as a “regeneration” whereby the Doctor takes on a new body but all along representing the same character.