Into Silence and Servitude: How American Girls Became Nuns, 1945-1965 (McGill-Queen’s Studies in the Hist of Re #2) (Hardcover) 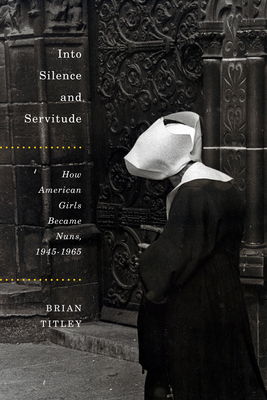 For many American Catholics in the twentieth-century the face of the Church was a woman's face. After the Second World War, as increasing numbers of baby boomers flooded Catholic classrooms, the Church actively recruited tens of thousands of young women as teaching sisters. In Into Silence and Servitude Brian Titley delves into the experiences of young women who entered Catholic religious sisterhoods at this time. The Church favoured nuns as teachers because their wageless labour made education more affordable in what was the world's largest private school system. Focusing on the Church's recruitment methods Titley examines the idea of a religious vocation, the school settings in which nuns were recruited, and the tactics of persuasion directed at both suitable girls and their parents. The author describes how young women entered religious life and how they negotiated the sequence of convent "formation stages," each with unique challenges respecting decorum, autonomy, personal relations, work, and study. Although expulsions and withdrawals punctuated each formation stage, the number of nuns nationwide continued to grow until it reached a pinnacle in 1965, the same year that Catholic schools achieved their highest enrolment. Based on extensive archival research, memoirs, oral history, and rare Church publications, Into Silence and Servitude presents a compelling narrative that opens a window on little-known aspects of America’s convent system.

Brian Titley is professor emeritus of education at the University of Lethbridge and the author of several books including Dark Age: The Political Odyssey of Emperor Bokassa.

"Brian Titley's comprehensive use of historical records from several religious institutes and individual memoirs significantly extends the existing body of knowledge. Into Silence and Servitude is likely to become a standard reference on mid-century relig

"This is a well-researched, vividly written account of a cohort of women who had great influence on female life in America, and the forces which built their numbers and then led to their collapse." The Irish Times

"[Titley] is thorough in his review of relevant Church writings, and he writes with great clarity. The book is both informative and absorbing. My only quibble is that I could have done with more balance in the examination of nuns' experience of American c