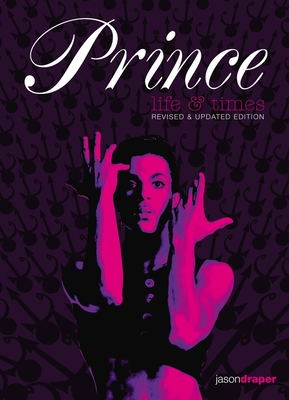 Prince: Life & Times is a large format, lavishly illustrated, authoritative chronicle of this visionary musician's career, covering every album, every movie, and every tour. It includes profiles of key collaborators, assesses his various business dealings, and details his many side-projects—on stage, on record, on screen, and beyond. This updated second edition includes detailed information on Prince's life from 2008 to 2016.

"Prince was a gift and a genius. He showed us that we have no limits." —Alicia Keys

"He was the most incredibly talented artist. A man in complete control of his work from writer and musician to producer and director." —Kate Bush

"The most amazing performer I have ever witnessed." —Joni Mitchell

"He Changed The World!!" —Madonna

In a career that spanned five decades, Prince really did change the world. After making some of most inventive albums of the 80s—including 1999, Purple Rain, and Sign "O" The Times—he turned his attention to redefining his role in the music industry, changing his name to an unpronounceable symbol, declaring war on Warner Bros, and leading the internet revolution. When he died on April 21, 2016, the world lost one of the few artists who could truly claim to be a genius. His legacy lives on, and will remain an inspiration for all time.

Jason Draper is the author of several books, including Led Zeppelin: Revealed and A Brief History of Album Covers, and was reviews editor for Record Collector magazine for ten years, between 2005 and 2015. A recognized authority on Prince, he appeared in the documentary Slave Trade: How Prince Re-made The Music Business, and his writing on Prince has been translated into several languages. He is also featured in the documentary Last Shop Standing, and has contributed to the NME, Uncut, and Metal Hammer, among other titles.