The Art and Architecture of Persia (Hardcover) 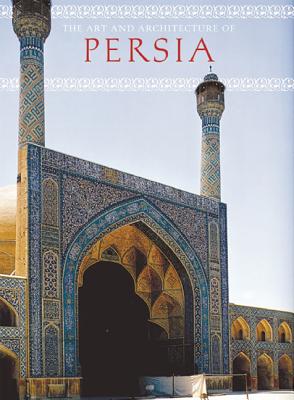 The history of the area now known as Iran, but often still referred to as Persia, spans millennia, boasting a rich and complex artistic and cultural legacy. Populated since prehistoric times, thus making it one of the most dynamic areas of Islamic civilization, this region was home to the world's first powerful empire (lead by Cyrus the Great during the Achaemenid dynasty) and has influenced the aesthetic grammar of a large portion of central Asia, including Armenia, Georgia, and India. From the ancient Iranian civilizations in 500 BC, through the Islamic period, and on to modern-day Iran, Iran: The Art and Architecture of Persia explores the common characteristics and thematic threads running through Persian art. Iran presents its readers with archaeological landscapes, monuments, sculptures, carpets, and dazzling ornaments and art objects from this stunning artistic milieu. The text takes as it subject the most fascinating and unusual facets of the Persian artistic experience, with a particular focus on post-Hellenic culture, namely late antiquity and the Middle Ages. Iran investigates how the examined regions were hothouses of specific artistic developments and identifies how the Iranian passage along the Silk Route acted as a bridge between distant lands for trade as well as the dissemination of religious and material culture. The two authors, Gianroberto Scarcia and Giovanni Curatola, write in an engaging, refreshingly accessible manner, catering both to specialists and to novices wishing to immerse themselves in this captivating region and its art. Author Scarcia writes the first part of the book, covering the era from the Achaemenids to the Sassanids and examining the great architecture from Persepolis onward while also addressing the powerful metalwork produced by these cultures. The second part, by Curatola, explores the Islamic period, when architectural decoration moved into the forefront with brilliant chromatic effects etched onto massive built works. The same colors bloom throughout the other arts, including carpets and miniature paintings. Dynamic and absorbing, Iran and its over 200 color photos will take readers on a virtual tour of this region and the art it has produced over the centuries.

Giovanni Curatola is a professor of Islamic archeology and art history at the University of Udine. In addition to having written numerous scholarly publications, he has curated such exhibitions as Islamic Art in Italy and Shamans and Dervishes of the Steppes. Gianroberto Scarcia is a professor of Arabic-Islamic cultural history at the University of Venice and a lecturer in Islamic history, law, and art. He recently wrote the book Scirin: Queen of the Magi.