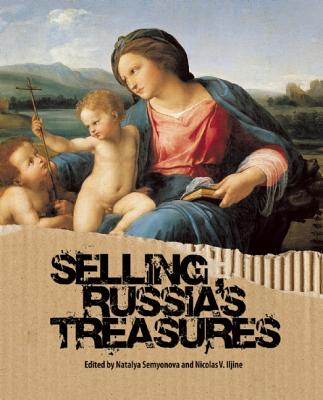 This abundantly illustrated oversize volume presents the definitive account of the sale of Russia's cultural patrimony by the Soviet government in the interwar years Selling Russia's Treasures documents one of the great cultural dramas of the twentieth century: the sale, by a cash-hungry Soviet government, of the artistic treasures accumulated by the Russian aristocracy over the centuries and nationalized after the October 1917 revolution. An astonishing variety of objects, from icons and illuminated manuscripts to Faberg eggs and Old Master paintings, entered the collections of wealthy Westerners like Andrew Mellon and Armand Hammer in the 1920s and 30s. Written by the leading experts in the field and long regarded as the definitive book on the subject, the original Russian edition of Selling Russia's Treasures is sought after scholars and laymen alike. Now, for the first time, it is made available in English, in a revised and expanded edition that includes a new chapter on the secret files of the Hermitage, previously considered lost, as well as new research on the sale of religious art, and of twentieth-century French masterworks from the Museum of New Western Art. Numerous color plates reunite long-dispersed works in a virtual museum that illustrates the powerful blow inflicted on Russia's cultural heritage by these secretive sales, and rare photographs and archival documents help bring this buried history to light. Distributed for the M.T. Abraham Center for the Visual Arts Foundation.

Nicolas V. Iljine, a consultant to museums and cultural institutions, has organized a number of important exhibitions, including RUSSIA!, the landmark survey of Russian art that opened at New York's Guggenheim Museum in 2005. Natalya Semyonova, an art historian, is the author of several books on art collecting in Russia.