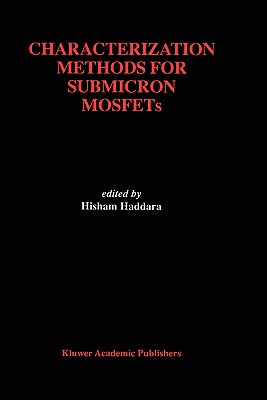 It is true that the Metal-Oxide-Semiconductor Field-Eeffect Transistor (MOSFET) is a key component in modern microelectronics. It is also true that there is a lack of comprehensive books on MOSFET characterization in gen- eral. However there is more than that as to the motivation and reasons behind writing this book. During the last decade, device physicists, researchers and engineers have been continuously faced with new elements which made the task of MOSFET characterization more and more crucial as well as difficult. The progressive miniaturization of devices has caused several phenomena to emerge and modify the performance of scaled-down MOSFETs. Localized degradation induced by hot carrier injection and Random Telegraph Signal (RTS) noise generated by individual traps are examples of these phenomena. Therefore, it was inevitable to develop new models and new characterization methods or at least adapt the existing ones to cope with the special nature of these new phenomena. The need for more deep and extensive characterization of MOSFET param- eters has further increased as the applications of this device have gained ground in many new fields in which its performance has become more and more sensi- tive to the properties of its Si - Si0 interface. MOS transistors have crossed 2 the borders of high speed electronics where they operate at GHz frequencies. Moreover, MOSFETs are now widely employed in the subthreshold regime in neural circuits and biomedical applications.