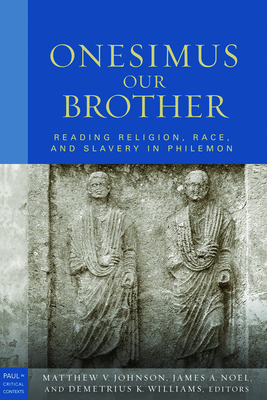 Philemon is the shortest letter in the Pauline collection, yetbecause it has to do with a slave separated from his masterit has played an inordinate role in the toxic brew of slavery and racism in the United States. In Onesimus Our Brother, leading African American biblical scholars tease out the often unconscious assumptions about religion, race, and culture that permeate contemporary interpretation of the New Testament and of Paul in particular. The editors argue that Philemon is as important a letter from an African American perspective as Romans or Galatians have proven to be in Eurocentric interpretation. The essays gathered here continue to trouble scholarly waters, interacting with the legacies of Hegel, Freud, Habermas, Ricoeur, and James C. Scott, as well as the historical experience of African American communities.