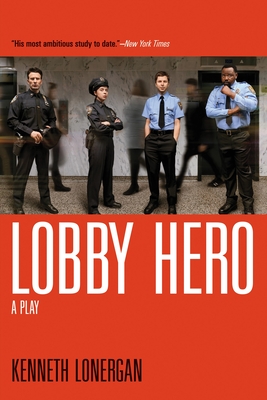 Nominated for the Outer Critics Circle Award for Outstanding Off-Broadway Play, Lobby Hero tells the story of Jeff, a luckless young security guard trying to get his life together after being thrown out of the navy. But the lobby proves to be no sanctuary from the world, as Jeff is drawn into a local murder investigation involving his supervisor, a tightly wound young man called upon to bear witness against his troubled brother, and a rookie policewoman who is in over her head with her seasoned but unscrupulous hero-cop partner. As Ben Brantley writes in the New York Times, "Motives come in every shade but black and white," creating "a combustible brew of impulses.

Kenneth Lonergan is a director, playwright, and screenwriter. His plays include This Is Our Youth, selected as one of Time's ten best plays of the year, The Waverly Gallery, The Starry Messenger, and Medieval Play. His screen credits include Gangs of New York, Margaret, and Manchester by the Sea, which won the Academy Award for Best Original Screenplay.