A History of Danish Literature (Histories of Scandinavian Literature) (Hardcover) 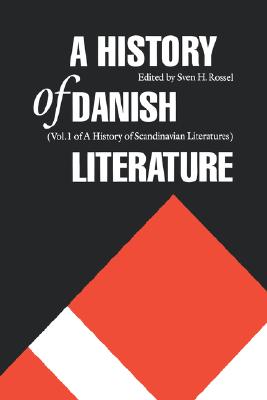 For centuries, Denmark dominated the culture of Scandinavia, and its literature has influenced such English works as Beowulf and Hamlet as well as major philosophical movements: humanism, romanticism, existentialism. With contributions from nine internationally recognized scholars, A History of Danish Literature reaches back as far as the literary record allows, to the ancient runic inscriptions, and thence to medieval Latin, the development of literature in the vernacular, and the flowering of a distinct Danish literary tradition numbering among its luminaries Hans Christian Andersen, Soren Kierkegaard, and Karen Blixen. The volume includes, in addition, chapters on Faroese literature, women's literature, and children's literature.

The approach used in A History of Danish Literature is maintained in the other volumes of A History of Scandinavian Literatures, which surveys the literary history of Denmark, Norway, Sweden, Iceland, and Finland. These literatures are viewed not only as part of an interrelated Scandinavian tradition but as part of world literature. A comparative approach is used through-out, and social and cultural history feature prominently. Contributors to Volume 1 include David W. Colbert, Sven H. Rossel, F.J. Billeskov Jansen, P.M. Mitchell, Niels Ingwersen, Poul Houe, W. Glyn Jones, Faith Ingwersen, and Flemming Mouritsen.

Sven H. Rossel, the general editor of A History of Scandinavian Literatures, is a professor of comparative and Scandinavian literature at the University of Washington. Among his other works are Johannes V. Jensen (1984) and The Diaries of Hans Christian Andersen (coeditor, with Patricia Conroy, 1990).