The Journey of Niels Klim to the World Underground (Paperback) 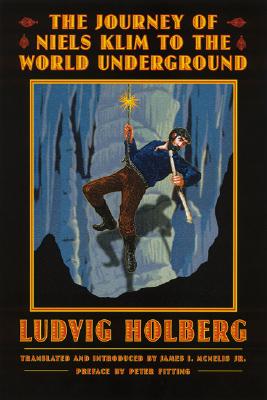 Fantastic adventures at the center of the earth await a penniless Norwegian student after he plunges into a bottomless hole in a cave. Niels Klim discovers worlds within our own—exotic civilizations and fabulous creatures scattered across the underside of the earth's crust and, at the earth's center, a small, inhabited planet orbiting around a miniature sun. In an epic journey, Klim visits countries led by sentient and contemplative trees, a kingdom of intelligent apes preoccupied with fashion and change, a land whose inhabitants don’t speak out of their mouths, neighboring countries of birds locked in an eternal war, and a land where string basses talk musically to one another. Brave, inquisitive, and greedy, Klim faces many challenges, the greatest of which are his own temptations. The Journey of Niels Klim to the World Underground is a classic in speculative fiction and was the first fully realized novel set underground in a hollow earth. First published in 1741, it has earned comparisons to Jonathan Swift’s contemporaneous fantasy, Gulliver’s Travels.

Ludvig Holberg (1684-1754) was a well-known Scandinavian writer and playwright. James I. McNelis Jr. is professor emeritus of English at Humboldt State College. Peter Fitting is associate professor of French and director of the Cinema Studies Program at the University of Toronto.