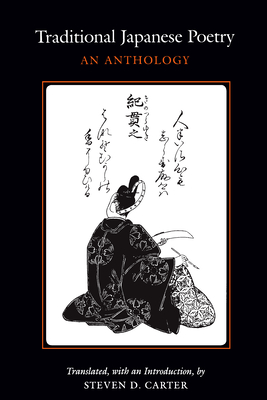 Ezra Pound called poetry the most concentrated form of verbal expression, and the great poets of Japan wrote poems as charged and compressed as poems can be. The Japanese language, with its few consonates and even fewer vowels, did not lend itself to expansive forms, making small seem better and perhaps more powerful. There is also the historical context in which Japanese poetry developed--the highly refined society of the early courts of Nara and Kyoto. In this setting, poetry came to be used as much for communication between lovers and friends as for artistic expression, and a tradition of cryptic statement evolved, with notes passed from sleeve to sleeve or conundrums exchanged furtively in the night.

Add to this the high sense of decorum that dominated court society for centuries, and you have the conditions that led to the development of the classical uta (also referred to as tanka or waka), the thrity-one-syllable form that acts as the foundation for virtually all poetry written in Japanese between 850 and 1900.

In choosing poems, the compiler has given priority to authors and works gnerally acknowledged as of great artistic and/or historical importance by Japanese scholars. For this reason, major poets such as Kakinomoto no Hitomaro, Izumi Shikibu, Saigyo, and Matsuo Basho are particualarly important collections such as Man'yoshu, Kokinshu, and Shin kokinshu. In addtion, the volume also contains samplings from genres such as the poetic diary, linked verse, Chinese forms, and comic verse.