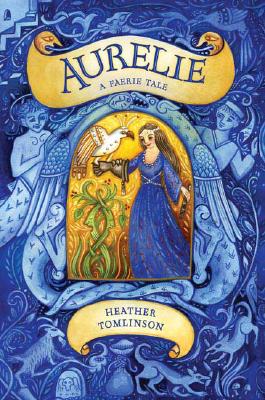 By Heather Tomlinson
$16.95
Email or call for price.

Once upon a time, three children and a little river dragon were the best of friends—until a promise was broken. Now they are almost grown up and barely speaking to one another.  Of the four, it is Princess Aurelie who feels the loss the most. How can she prevent a war when she can’t even make her friends get along? Heartsick at losing her dearest companions, Aurelie finds comfort in the beauty of fairyland. But a princess can’t hide from her duties forever. Her country needs her, and so do her friends, whether they know it or not. Aurelie is a 2009 Bank Street - Best Children's Book of the Year.

HEATHER TOMLINSON has taught English in Paris and French in the United States. She lives on a houseboat in and around Southern California with her engineer husband and their three cats.

“Intriguing fantasy . . . a Shakespearean tangle of love stories.”—Booklist, Starred Review “Political intrigue, star-crossed lovers, and the intermingling of two distinct worlds make for an exciting and intricate tale. The many characters and situations are fully realized and spellbound readers will be hoping for a sequel.”—School Library Journal
“Sharply realized characters abound in both magical and human form. . . . Vivid descriptions and intricate plot twists convey that most traditional element of all faerie stories—the misunderstandings between humans and the Fae despite the best intentions.”—Kirkus Reviews “Aurelie is a wonderful introduction to the world of Faerie, one which is consistent with traditional myths—such as sighting ointment and faerie revels—yet keeps the lore from becoming overwhelming by limiting its scope.”—KLIATT