The Atlas of North American Exploration: From the Norse Voyages to the Race to the Pole (Paperback) 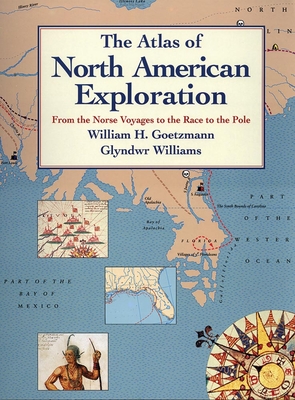 For more than five hundred years, explorers roamed the wilderness of North America, some in search of a route to the East or fabled cities of gold, others seeking the glossy pelts of the beaver or souls to convert. From the early voyages of Norse seafarers to the opening of the American, Canadian, and Alaskan frontiers and the grueling twentieth-century race to the North Pole, this great adventure is captured as never before in the lavishly illustrated Atlas of North American Exploration.