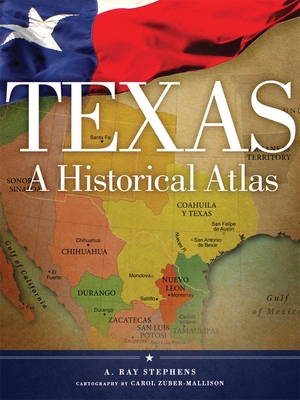 For twenty years the Historical Atlas of Texas stood as a trusted resource for students and aficionados of the state. Now this key reference has been thoroughly updated and expanded--and even rechristened. Texas: A Historical Atlas more accurately reflects the Lone Star State at the dawn of the twenty-first century. Its 86 entries feature 175 newly designed maps--more than twice the number in the original volume--illustrating the most significant aspects of the state's history, geography, and current affairs. The heart of the book is its wealth of historical information. Sections devoted to indigenous peoples of Texas and its exploration and settlement offer more than 45 entries with visual depictions of everything from the routes of Spanish explorers to empresario grants to cattle trails. In another 31 articles, coverage of modern and contemporary Texas takes in hurricanes and highways, power plants and population trends. Practically everything about this atlas is new. All of the essays have been updated to reflect recent scholarship, while more than 30 appear for the first time, addressing such subjects as the Texas Declaration of Independence, early roads, slavery, the Civil War and Reconstruction, Texas-Oklahoma boundary disputes, and the tideland oil controversy. A dozen new entries for "Contemporary Texas" alone chart aspects of industry, agriculture, and minority demographics. Nearly all of the expanded essays are accompanied by multiple maps--everyone in full color. The most comprehensive, state-of-the-art work of its kind, Texas: A Historical Atlas is more than just a reference. It is a striking visual introduction to the Lone Star State.