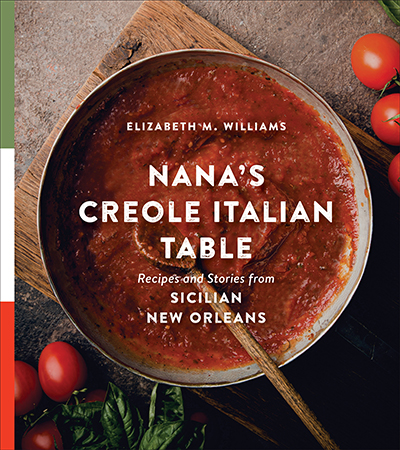 From meatball po'boys to Creole red gravy, the influence of Sicilian foodways permeates New Orleans, one of America's greatest food cities. Nana's Creole Italian Table tells the story of those immigrants and their communities through the lens of food, exploring the ways traditional Sicilian dishes such as pasta and olive salad became a part of--and were in turn changed by--the existing food culture in New Orleans.

Sicilian immigrants--Elizabeth M. Williams's family among them--came to New Orleans in droves in the late nineteenth and early twentieth centuries, fleeing the instability of their own country and hoping to make a new home in America. This cookbook shares Williams's traditional family recipes, with variations that reveal the evolution and blending of Sicilian and Creole cuisines. Baked into every recipe is the history of Sicilian American culture as it has changed over the centuries, allowing each new generation to incorporate its own foodways and ever-evolving tastes.