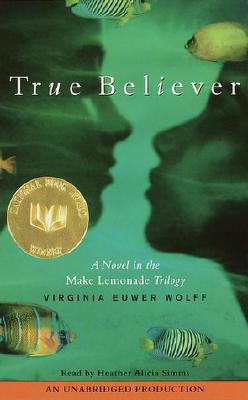 What's new in LaVaughn's life is Jody--a boy she knew as a child who's come back to the housing project where she lives. Jody is like a miracle: He smells like chlorine, he calls her "little buddy," he goes with her to the dance. It's just as if he's in love with her. Except not quite.
As LaVaughn puzzles over Jody, as her best friends struggle with belief and acceptance, and as Jody wrestles with questions about his own identity, Virginia Euwer Wolff rises to the occasion with this astonishing and powerfully moving novel, the second in the Make Lemonade trilogy.

Heather Alicia Simms received an MFA from Columbia University in acting. She has made appearances in various television series, such as Third Watch, Homicide: Life on the Street, Law & Order and As the World Turns. She also narrated When Kambia Elaine Flew in from Neptune and Shayla’s Double Brown Baby Blues available from Listening Library.