Zohar: The Book of Enlightenment (Classics of Western Spirituality) (Paperback) 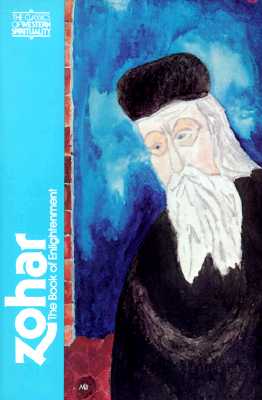 Paulist Press deserves credit for adding this new dimension to interfaith dialogue. The Jewish Spectator Zohar: The Book of Enlightenment edited and translated, with an introduction by Daniel Chanan Matt, preface by Arthur Green So this story of Torah is the garment of Torah. Whoever thinks that the garment is the real Torah and not something else--may his spirit deflate Zohar (c. 1280-1286) Zohar--the book of Splendor, Radiance, Enlightenment--has fascinated readers from its first appearance in thirteenth-century Spain until today. It is the major text of Kabbalah, the Jewish mystical tradition. To assure the acceptance of his work within the Jewish community, a Spanish scholar named Moses de Leon claimed that Zohar was an ancient work of the school of the famous Rabbi Shim'on son of Yohai. It was not until our own century that critical scholarship demonstrated that the book's author was Moses de Leon himself. His mosaic of Scripture, Midrash, medieval homily, fiction, and fantasy presents what Professor Daniel Matt describes as a challenge to the normal workings of consciousness that] dares one to examine one's assumptions about tradition, God, and self. +