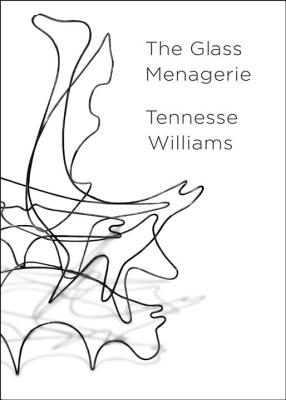 A beautiful clothbound edition of a beloved classic to celebrate the 100th birthday of America’s greatest playwright, with a sweeping new introduction by Pulitzer Prize–winner Tony Kushner.

The Glass Menagerie marked a crucial turning point in American theater, and forever changed the life of its then unknown author. Williams’s elegiac master- piece brought a radical new lyricism to Broadway — the tragedy, fragility, and tenderness of this “memory play” have made it one of America’s most powerful, timeless, and compelling plays. The introduction by Tony Kushner sparkles with the kind of rich, unique insight that only a fellow playwright could convey.

• The pioneering essay, “The Homosexual in Society,” by Tennessee’s friend Robert Duncan, and poems by Hart Crane, E. E. Cummings, Walt Whitman, and Tennessee Williams, which Kushner discusses as sources of inspiration.

• “The Pretty Trap,” a cheerful one-act run-up to The Glass Menagerie.

• “The Portrait of a Girl in Glass,” Tennessee’s short-story variation of the play

• Photographs of great actresses who have played Amanda, and stills from various stage and film incarnations of The Glass Menagerie.

• Williams’s classic essay about fame, “The Catastrophe of Success.”

• The 1944 opening-night rave reviews from Chicago.

• An essay by the distinguished Williams scholar Allean Hale, “Inside The Menagerie,” provides autobiographical particulars about Williams’s family life in St. Louis.

Tennessee Williams (1911–1983) was America’s most influential playwright. Readers have devoured his poetry, essays, short stories, and letters, as well as his fantastic late plays, his remarkable corpus of one-acts, and his greatest plays—The Glass Menagerie, A Streetcar Named Desire, Cat on a Hot Tin Roof, The Night of the Iguana, The Rose Tattoo, Suddenly Last Summer, and Camino Real. Williams is a cornerstone of New Directions—we publish everything he wrote. He is also our single bestselling author.

Tony Kushner is the author of over two dozen plays, including Angels in America, for which he received the Tony Award and the Pulitzer Prize for the best play of 1993.

Allean Hale, writer and poet, was the leading authority on the early life and late plays of Tennessee Williams.

Seeing The Glass Menagerie was like stumbling on a flower in a junkyard — Williams had pushed language and character to the front of the stage as never before.

Delicate and perceptive, The Glass Menagerie inhabits a half-world between comedy and tragedy.