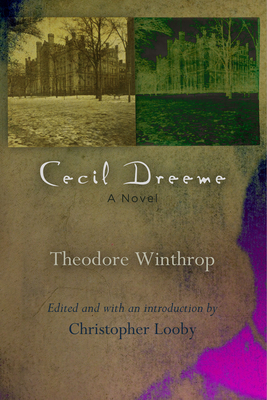 Heterosexuality, this novel forthrightly claims, is a poor substitute for passionate love between men--and heterosexuality's historical emergence in the nineteenth century is consequently, Cecil Dreeme laments, a grave misfortune.--Christopher Looby, from the Introduction

Freshly returned to New York City from his studies abroad, unmoored by news of the apparent suicide of his accomplished childhood friend Clara Denman, and drawn in spite of himself toward the sinister man-about-town Densdeth, Robert Byng is unsettlingly adrift in the city of his birth. Things take an even stranger turn once he finds lodgings in the Gothic halls of Chrysalis College in lower Manhattan. There he meets the mysteriously reclusive Cecil Dreeme, brilliant artist and creature of the night. In Dreeme, Byng finds a friend unlike any he has known before. But is Cecil the man he claims to be, and can their friendship survive the dangers they will soon face together? Issued posthumously in 1861, Cecil Dreeme was the first published novel of Theodore Winthrop, who has the unfortunate distinction of being one of the first Union officers killed in the line of duty during the Civil War. Newly edited by Christopher Looby, it is a very queer book indeed.

Christopher Looby is Professor of English at the University of California, Los Angeles, and author of Voicing America: Language, Literary Form, and the Origins of the United States.