Magnificent Decay: Melville and Ecology (Under the Sign of Nature) (Paperback) 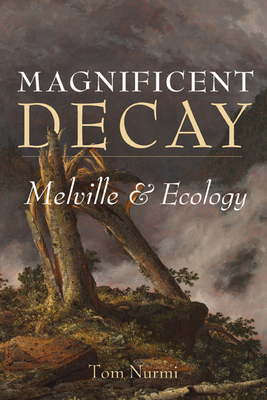 By Tom Nurmi
This item is not available.

What is Melville beyond the whale? Long celebrated for his stories of the sea, Melville was also fascinated by the interrelations between living species and planetary systems, a perspective informing his work in ways we now term "ecological." By reading Melville in the context of nineteenth-century science, Tom Nurmi contends that he may best be understood as a proto-ecologist who innovatively engages with the entanglement of human and nonhuman realms.

Melville lived during a period in which the process of scientific specialization was well underway, while the integration of science and art was concurrently being addressed by American writers. Steeped in the work of Lyell, Darwin, and other scientific pioneers, he composed stories and verse that made the complexity of geological, botanical, and zoological networks visible to a broad spectrum of readers, ironically in the most "unscientific" forms of fiction and poetry.

Set against the backdrop of Melville's literary, philosophical, and scientific influences, Magnificent Decay focuses on four of his most neglected works-- Mardi (1849), Pierre (1852), The Piazza Tales (1856), and John Marr (1888)--to demonstrate that, together, literature and science offer collective insights into the past, present, and future turbulence of the Anthropocene. Tracing the convergences of ecological and literary creativity, Melville's lesser-read texts explore the complex interplay between inanimate matter, life, and human society across multiple scales and, in so doing, illustrate the value of literary art for representing ecological relationships.

Tom Nurmi is Associate Professor of English at Montana State University Billings and coeditor of Melville among the Philosophers.