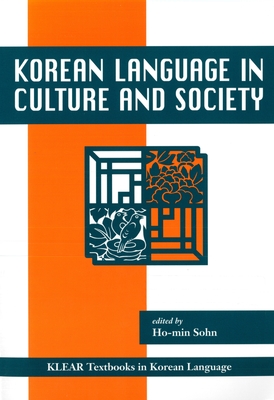 This is book number 19 in the Klear Textbooks in Korean Language series.

Intended as a companion to the popular KLEAR Textbooks in Korean Language series and designed and edited by a leading Korean linguist, this is the first volume of its kind to treat specifically the critical role of language in Korean culture and society. An introductory chapter provides the framework of the volume, defining language, culture, and society and their interrelatedness and presenting an overview of the Korean language vis- -vis its culture and society from evolutionary and dynamic perspectives.