The Creole Rebellion: The Most Successful Slave Revolt in American History (Hardcover) 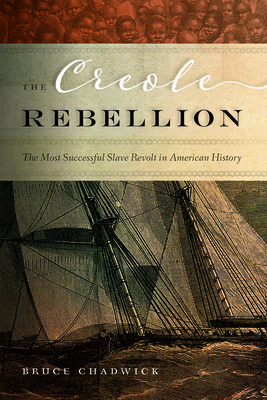 The Creole Rebellion tells the suspenseful story of a successful mutiny on board the slave ship Creole. En route for a New Orleans slave-auction block in November 1841, nineteen captives mutinied, killing one man and injuring several others. After taking control of the vessel, mutineer Madison Washington forced the crewmen to sail to the Bahamas. Despite much local hysteria upon their arrival, all of the 135 slaves aboard the ship won their freedom there.

The revolt significantly fueled and amplified the slave debate within a divided nation that was already hurtling toward a Civil War. While this is a book about the United States confronting the ugly and tumultuous issue of slavery, it is also about the 135 enslaved men and women who were unwilling to take their oppression any longer and rose up to free themselves in a bloody fight. Part history, part adventure, and part legal drama, Bruce Chadwick chronicles the most successful slave revolt in the pages of American history.