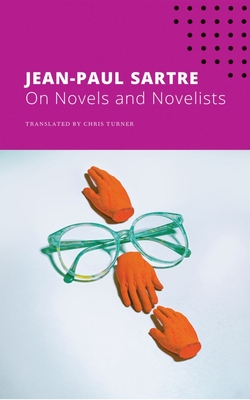 A collection of essays on renowned French writers, including Sarraute, Renard, and Gide.

Iconic French novelist, playwright, and essayist Jean-Paul Sartre is widely recognized as one of the most important philosophers of the twentieth century, and his work has remained relevant and thought-provoking through the decades. The Seagull Sartre Library now presents some of his most incisive philosophical, cultural, and literary critical essays in twelve newly designed and affordable editions.

In this collection of brief, insightful essays, we find ourselves face to face with Sartre the literary critic, as he carefully examines the works of renowned French writers such as François Mauriac, Nathalie Sarraute, Jean Giraudoux, and Jules Renard. Most moving is an essay on André Gide, written right after his death, in which Sartre writes, “We thought him scared and embalmed; he dies and we discover how alive he was.”

Jean-Paul Sartre (1905–80) was a French novelist, playwright, and biographer who is widely recognized as one of the most important philosophers of the twentieth century. His work earned him the 1964 Nobel Prize in Literature.

Chris Turner is a translator and writer living in Birmingham, UK. He has translated numerous books from French and German, including, for Seagull Books, titles by Jean-Paul Sartre, Roland Barthes, André Gorz, Yves Bonnefoy, and Pascal Quignard, among others.