Battle for the Bay: The Naval War of 1812 (New Brunswick Military Heritage #17) (Paperback) 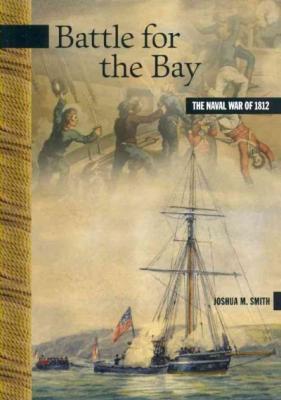 As the 200th anniversary of the War of 1812 approaches, a new chapter in the history of the war is being opened for the first time. Although naval battles raged on the Great Lakes, combat between privateers and small government vessels boiled in the Bay of Fundy and the Gulf of Maine. Three small warships -- the Provincial sloop Brunswicker, His Majesty's schooner Bream, and His Majesty's brig of war Boxer -- played a vital role in defending the eastern waters of British North America in this crucial war.

The crews of these hardy ships fought both the Americans and the elements -- winter winds, summer fog, and the fierce tidal currents of the Bay of Fundy -- enduring the all-too-real threats of shipwreck and possible capture and imprisonment. In peacetime, these patrol craft enforced maritime law. In wartime, they engaged in a guerre de course, attacking the enemy's commercial shipping while protecting their own. Now, for the first time, Joshua Smith tells the full story of the battle for the bay.

Battle for the Bay is volume 17 in the New Brunswick Military Heritage Series.