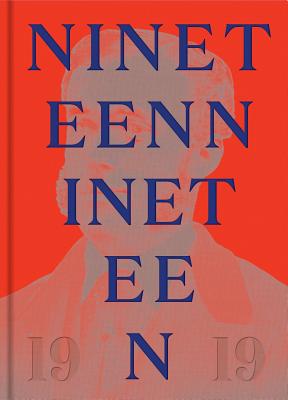 Race riots. Labor strikes. Women's battle for the vote. The aftermath of the Great War. The transformative events and harsh realities of the year 1919 still reverberate a century later.

Nineteen Nineteen, published to accompany a centennial exhibition of the Huntington Library, Art Museum, and Botanical Gardens in San Marino, California, explores the institution and its founding through the lens of this single, tumultuous year. The fully illustrated catalog features works from The Huntington's vast collections of books, manuscripts, photographs, ephemera, and art, many of them never exhibited or published before.

Highlights include German propaganda posters, labor manifestos, personal mementos from suffrage campaigns, firsthand chronicles of World War I and the papers of T.E. Lawrence (better known as "Lawrence of Arabia"). Artworks by Abraham Walkowitz, John Singer Sargent, Joseph Pennell, Earl Horter, and David Bomberg respond to the unsettling experience of modern life and to a postwar world desperately trying to piece its shards back together.

James Glisson is the Interim Chief Curator of American Art at The Huntington.

Jennifer A. Watts is Curator of Photography and Visual Culture at The Huntington.

Karen R. Lawrence assumed her position as the ninth president of The Huntington Library, Art Collections, and Botanical Gardens on Sept. 1, 2018, following a decade as president at Sarah Lawrence, a small, highly regarded liberal arts college in Yonkers, New York.